Have you come across UPPLEVA from IKEA yet? It’s a rather stimulating new piece of furniture with an integrated flat screen television — with all the trimmings, including Blue-ray DVD player, ‘internet’, WiFi and zero clutter.

It’s the zero clutter thing that’s likely to get a lot of folk interested. Indeed, if you’re bothering to walk around IKEA and you’re evaluating different TV cabinets, I think you might find it really easy to up-sell yourself to one of these, particularly as a secondary television.

From the blurb on the Youtube video, it doesn’t look as though it’ll be hitting the UK until well into 2013. However IKEA stores in Stockholm, Milan, Paris, Gdansk and Berlin will all be getting it in June.

The introductory Youtube video is definitely worth a few minutes of your time. I like their explanation and background — and the delivery of the presenter! 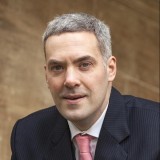